Deluxe with Andrew Pastura in the Philippines 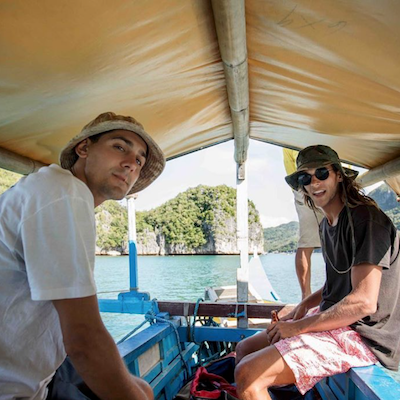 “Cole and I spent two plus months traveling the Philippines and shooting at CWC in January this year. As always CWC provided great weather, riding, a fresh park, and friendly people … all the elements for a fun film trip. We ventured out some but mostly stayed at the park as it becomes easy to get the itch for wakeskating everyday. Apart from the great conditions, meeting new friends, having Mahallia (Budds) as a personal photographer haha, the only setback was getting hurt three weeks into the trip. I ended up fracturing my kneecap by a hard hit from my board and ended up filming the rest of the trip. Cole doubled down and ending up getting clips and photos on just about everything you could think of at the park. It was crazy to see him progress every session and stack so much footage day after day. Big thanks to everyone at CWC and The Cable Magazine for making our trip happen, see you next year.”

Deluxe with Andrew Pastura and Cole Kraiss in the Philippines