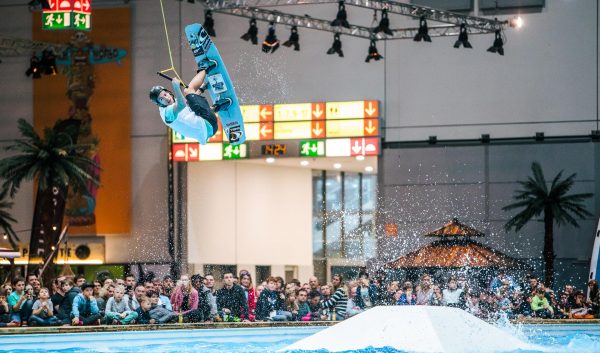 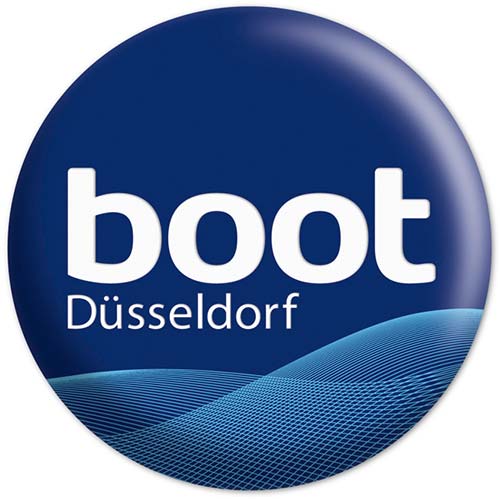 A wakeboard contest in the middle of the German winter? That’s exactly what Pooltastic is at boot Düsseldorf on January 27 and 28, 2023. But it’s not the only reason why a visit is worthwhile.

Even before the pandemic, Düsseldorf was the absolute hotspot for wakeboarding in Germany at the end of January. This year it will be just the same and even better, because of a cool mix of action, get-together and party awaits. Brace yourself for Pooltastic, the Cable Mekka Awards Show and the Liquid Force Party. A schedule that has it all!

boot Düsseldorf, the largest trade fair of its kind in the world, offers wakeboarders an important point of contact. This will also be the case in 2023, when everything will revolve around fun sports in Hall 17 at the exhibition center from January 21 to 29. The most important venue will once again be the pool, which, thanks to a linear cable, allows indoor wakeboarding in the smallest of spaces.

Reason enough to use this as a location for a contest, hence we’re organizing Pooltastic in close cooperation with boot Düsseldorf since 2019. An invitational contest where some big names battle it out with newcomers for sweet prize money. Now that the trade show can take place again after a two-year forced break, the competition is also set. 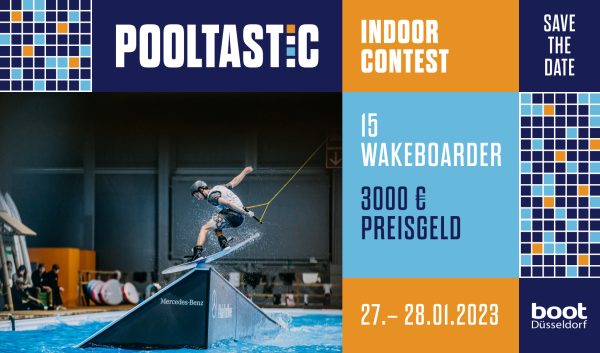 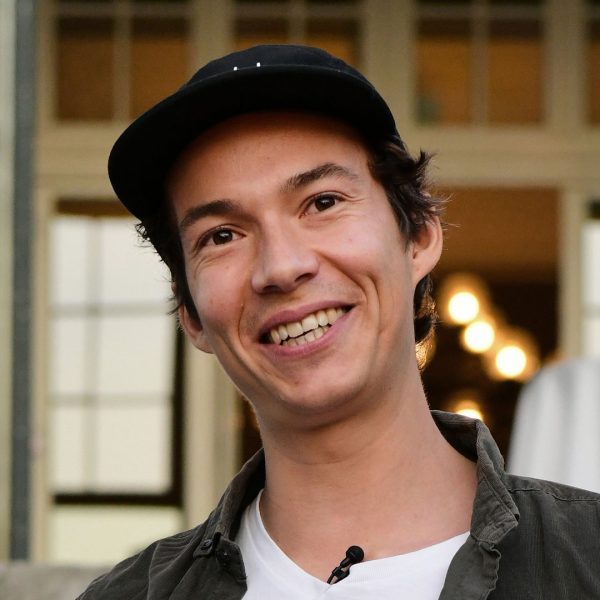 A total of 15 wakeboarders will compete for 3,000 euros in prize money. Five guys are already seeded for the final on Saturday. And they are all well known names:

In addition to the previous riders, who boast World Championship titles, X-Games gold medals and other major achievements, 10 more wakeboarders will compete in Friday’s qualifier. Jan Gnerlich, Nils Ritzmann, Ariano Blanik, Maurice Prior (all GER) and Louis Eggerickx (BEL) are just a few names to mention. It will certainly get down to business already in the qualifying! 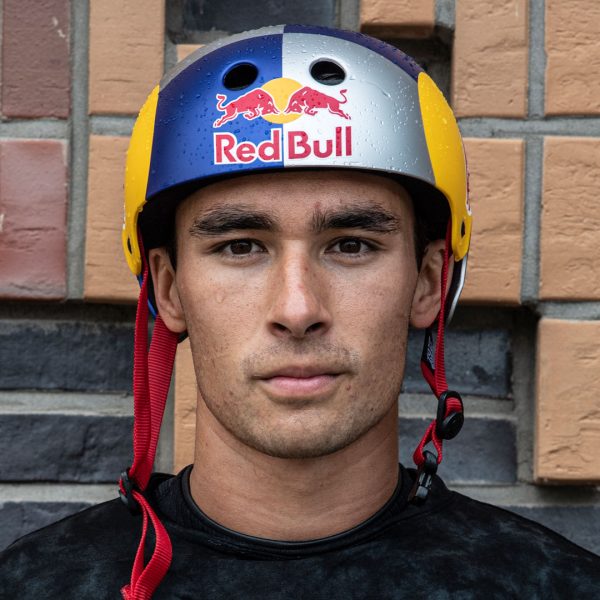 The basis for the contest is the already mentioned pool in hall 17 which is 60 meters long and 12 meters wide. Thanks to the installed System 2.0 this is a little indoor wakepark. The space is limited, but there will be two really cool features in the water: A booter, which is a small fine bump with transition for additional air time, as well as two parts of the brand new Jersey Barrier Series from UNIT Parktech will demand everything from the riders and provide great action. 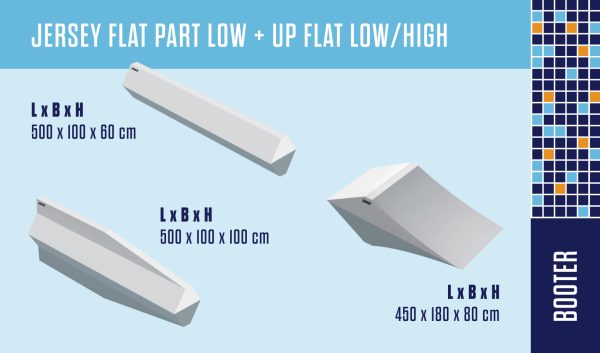 On Friday, ten qualifiers will compete in two heats to secure one of three places in the final. The participants have to convince the judges with a perfect run in a 20-minute jam session. The first of each heat and the better runner-up will then secure a place in the final on Saturday.

The first round of the final on Saturday will be ridden in head-to-head mode. The rider who wins will reach the grand final. Here they will have 100 seconds to give it their all. It’s worth it, because a check for 1,000 euros awaits the winner. But there’s also some nice pocket money to be had in the other places, with €700, €400 and €300 up for grabs. 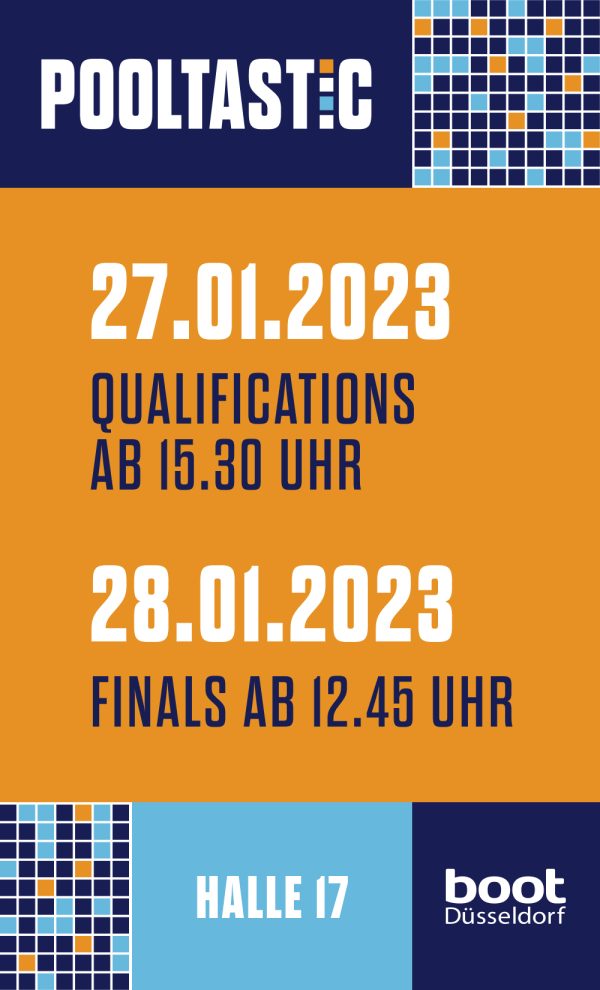 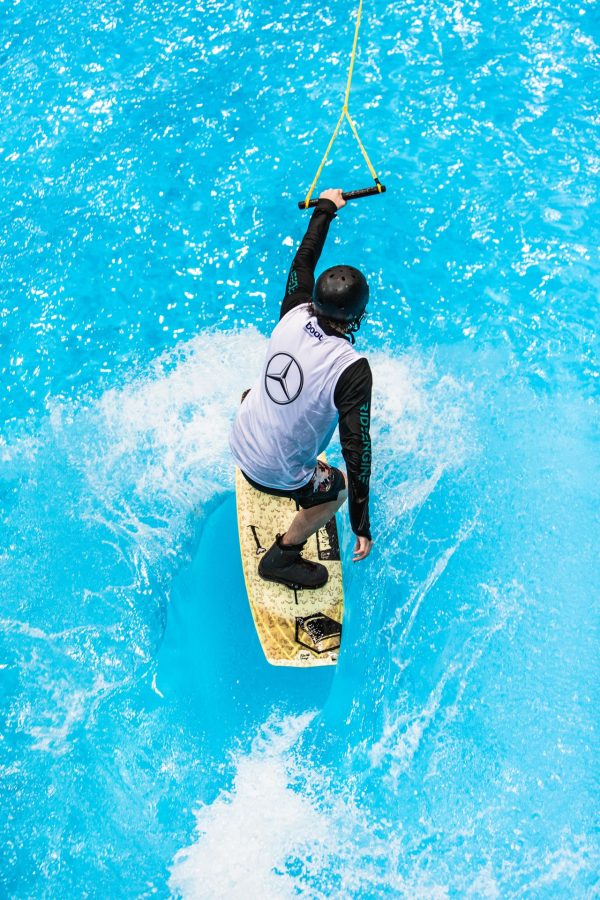 The turquoise blue water of the pool creates unique atmosphere 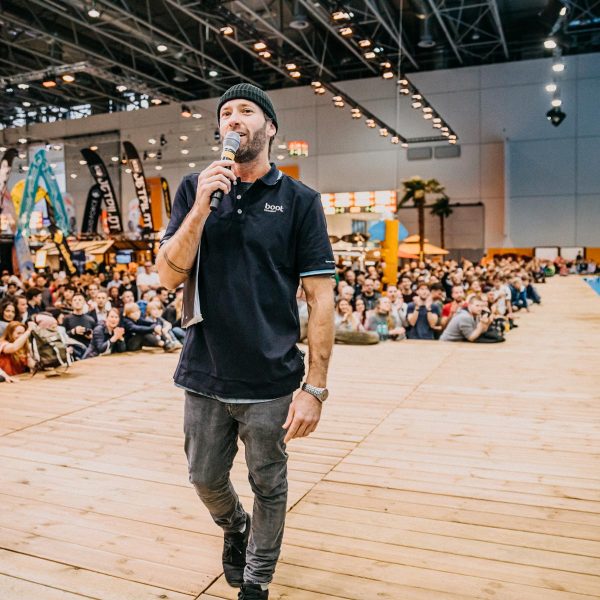 Clint Liddy will again bring the audience rousing closer to 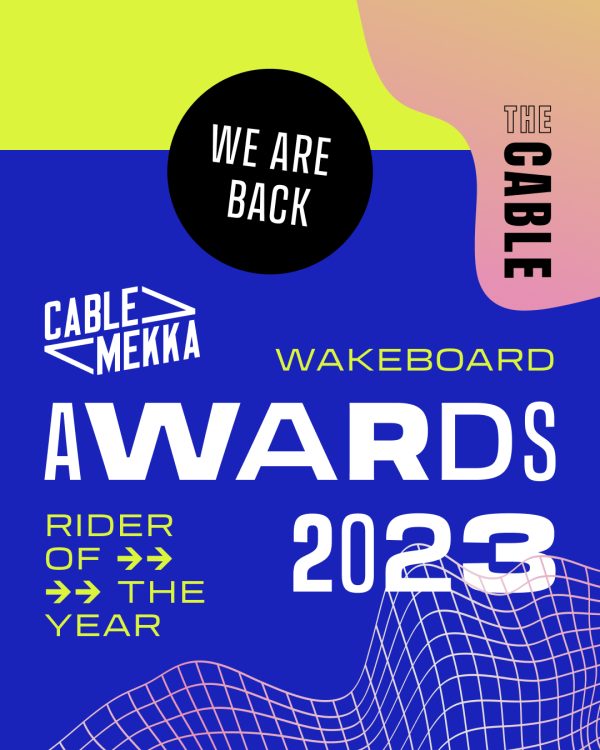 That should have been enough reason why you should visit boot Düsseldorf on Friday 27 and Saturday 28 January. Combine it with a visit to the Cable Mekka Awards and the subsequent Liquid Force Party on Friday evening. Then the wakeboard weekend is perfect! By the way: If you haven’t voted for your Rider of the Year yet, you can do so at www.cablemekka.com/awards until January 22.

If you can’t make it on the dates, we still recommend a visit to boot Düsseldorf on one of the other days. After all, there is a lot to see and experience there every day. Among others, Liquid Force, DUP and X-Wake are represented with the latest wakeboards and bindings, the wakeboard show on the pool in hall 17 is a daily highlight and beyond that the fair has so much to offer.

You can find everything else here: www.boot.com 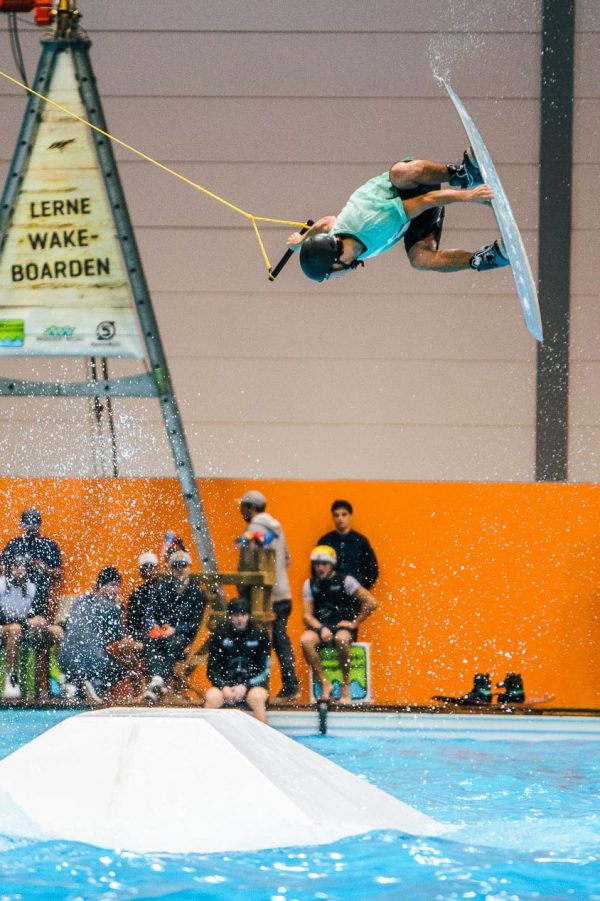