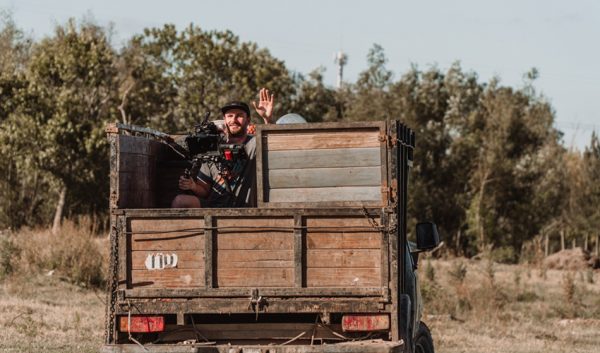 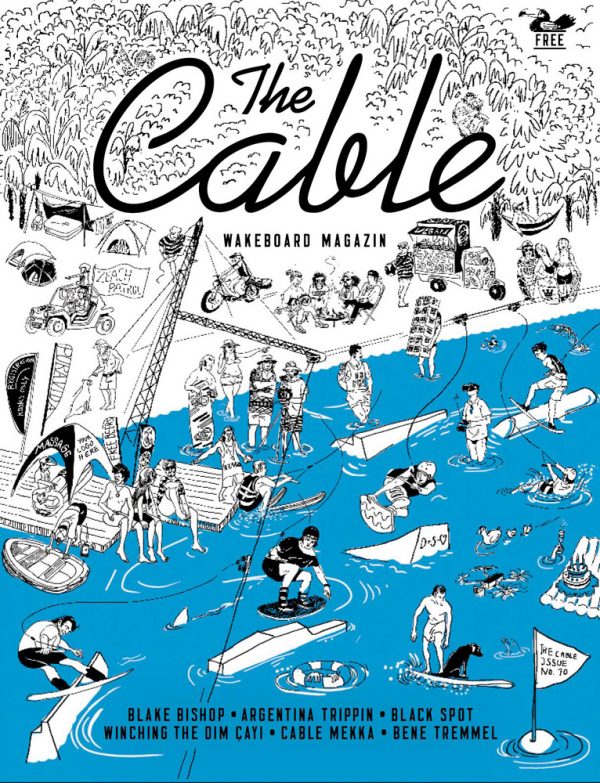 Argentina Story in Issue No. 10 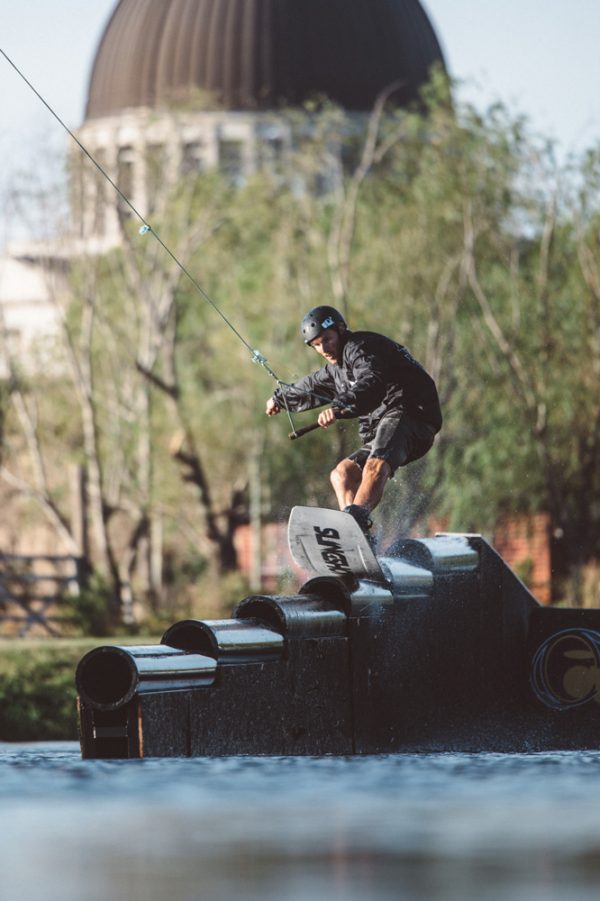 Argentina. Country of gauchos. Home of Diego Maradona. Or simply a perfect destination to go for a wakeboard trip. Steffen Vollert talking about his recent short film “Explora Lo Nuevo“.

It’s well know that Steffen Vollert is a true multi-talent. With his new video “Explora Lo Nuevo,” created in collaboration with Dylan Miller, Antoine Allaux and Alex Graydon on a trip to Argentina, this overachiever has once again brought us a labor of love. That’s reason enough to get Steffen in interview about his latest project, and his experiences in the land of the gauchos.

The Cable print edition No. 10 includes a feature story on the crew’s South American adventure. If you’re looking for a deep read and enjoy the best pictures on printed paper, make sure to order a copy.

I don’t speak a word of Spanish. I did pick up a few words while we were over there, but our tour guides were Antoine and also Alex, who both can communicate quite well in Spanish.

Always good to have someone around like that. Would you be able to get by in Argentina just with English?

Yes. Everyone there speaks English and they’re further on than one might think. (grins) You don’t just see that with the language, but also in Buenos Aires for example. It’s almost got the feel of a European city. Modern, multicultural and cosmopolitan. 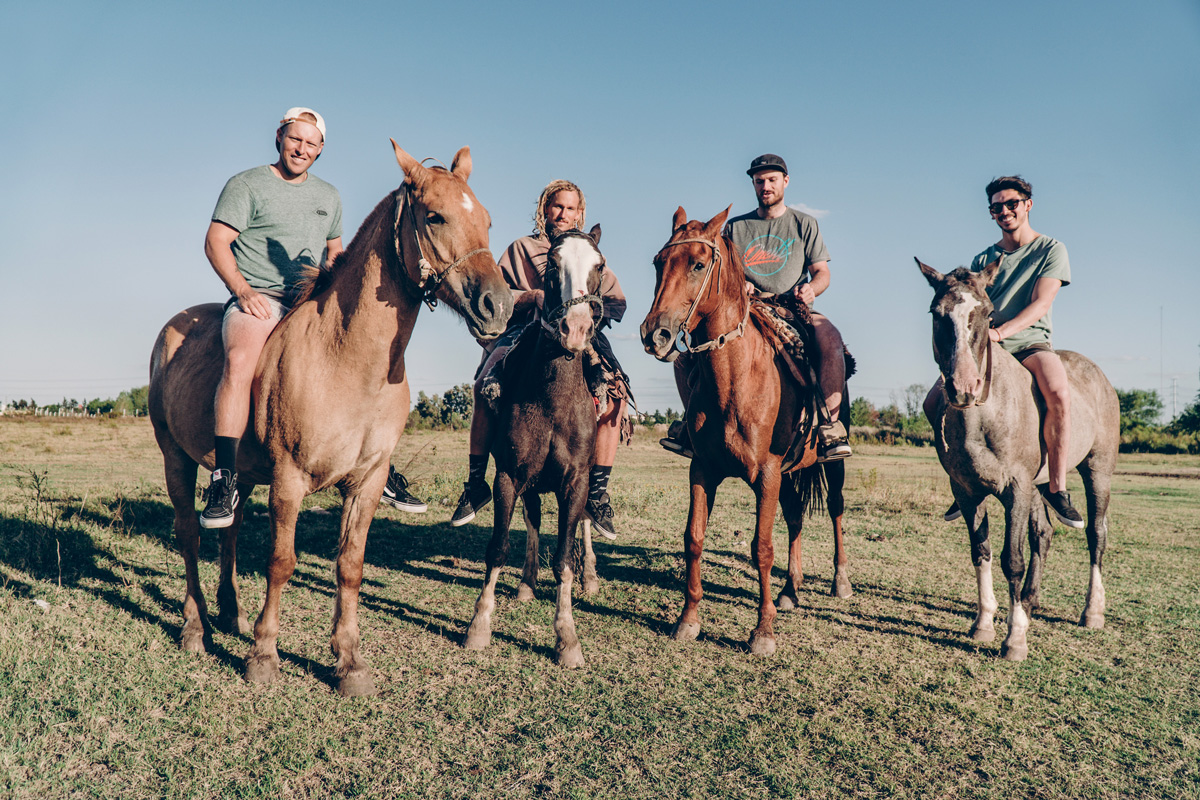 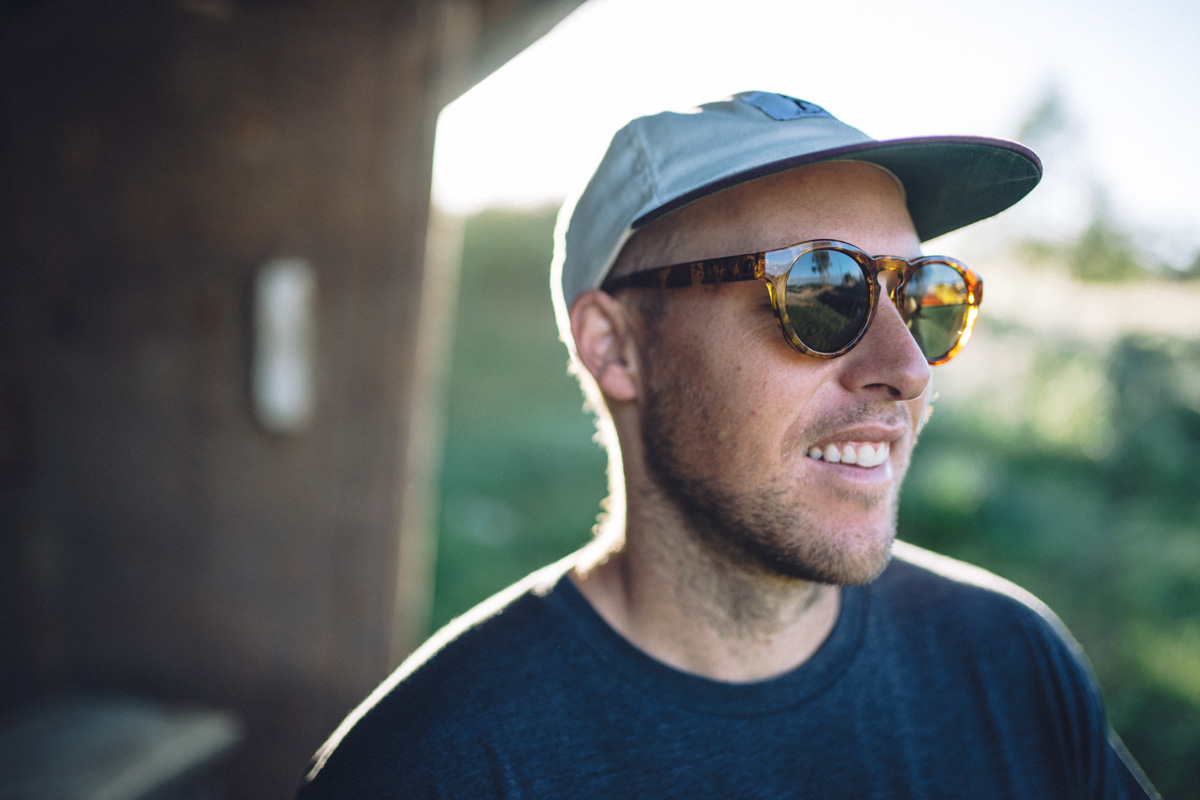 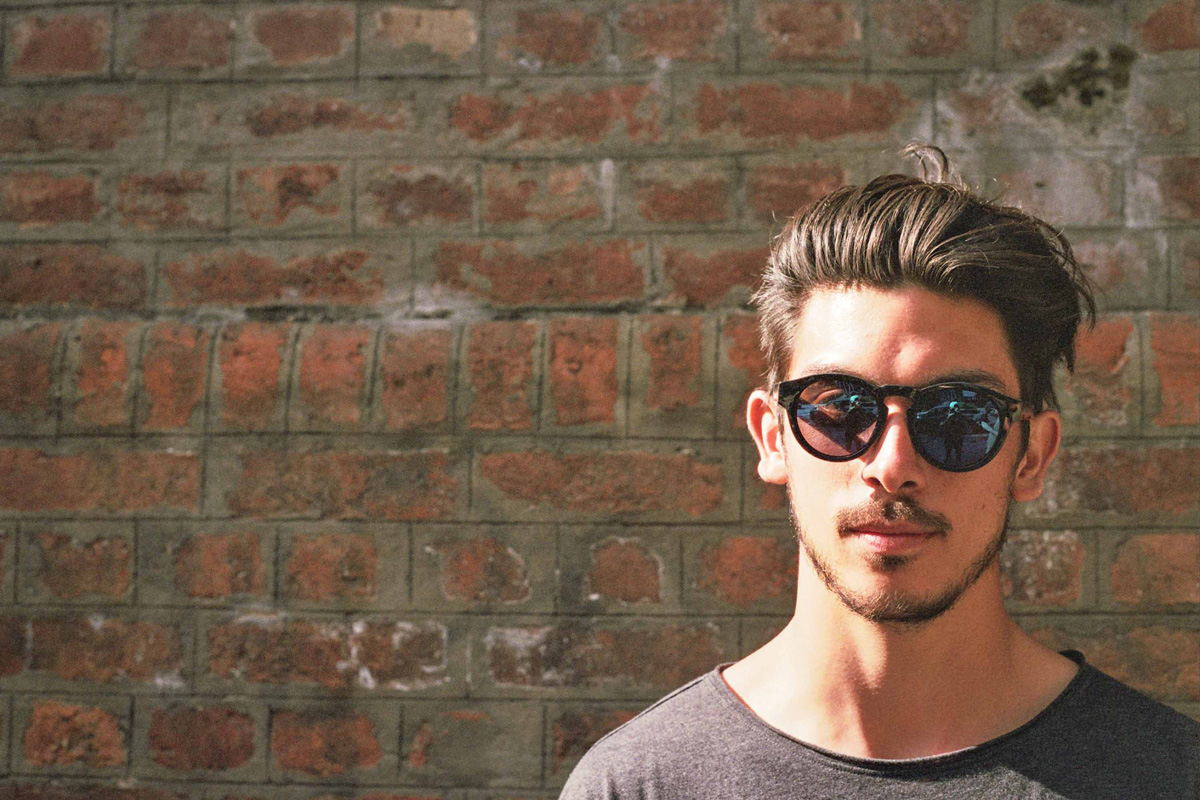 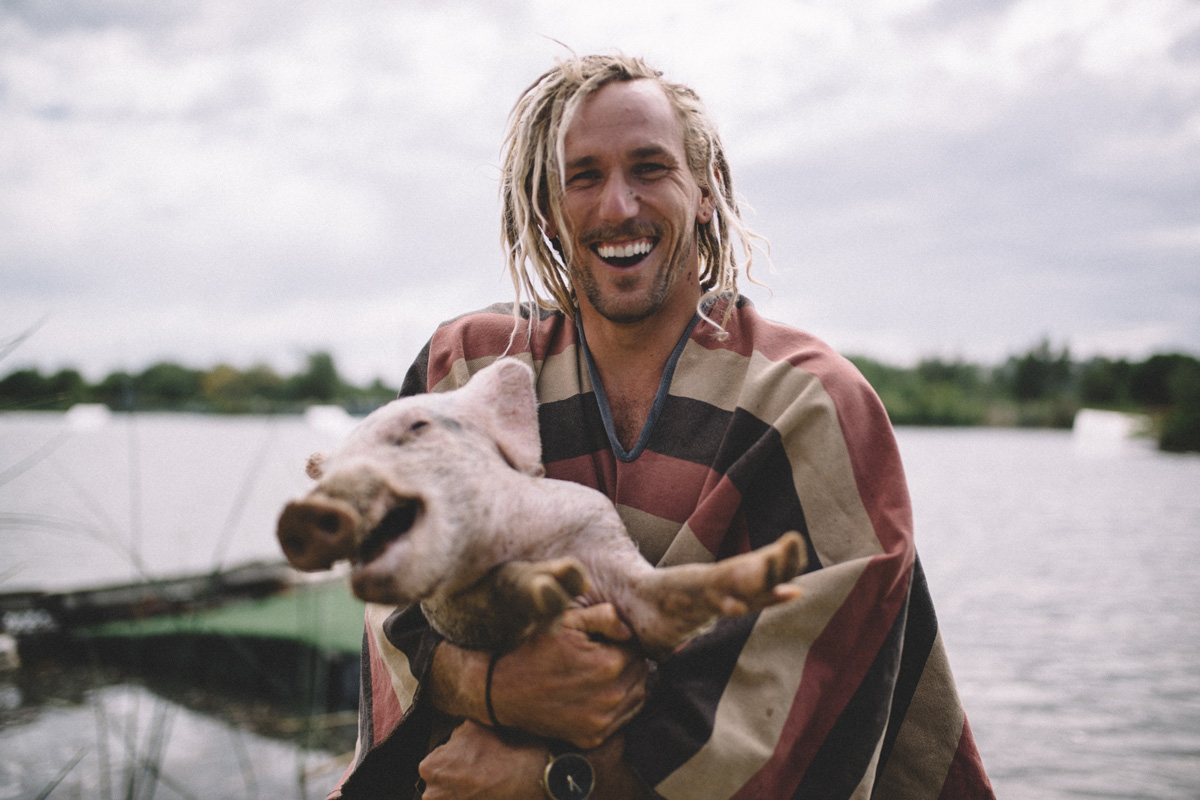 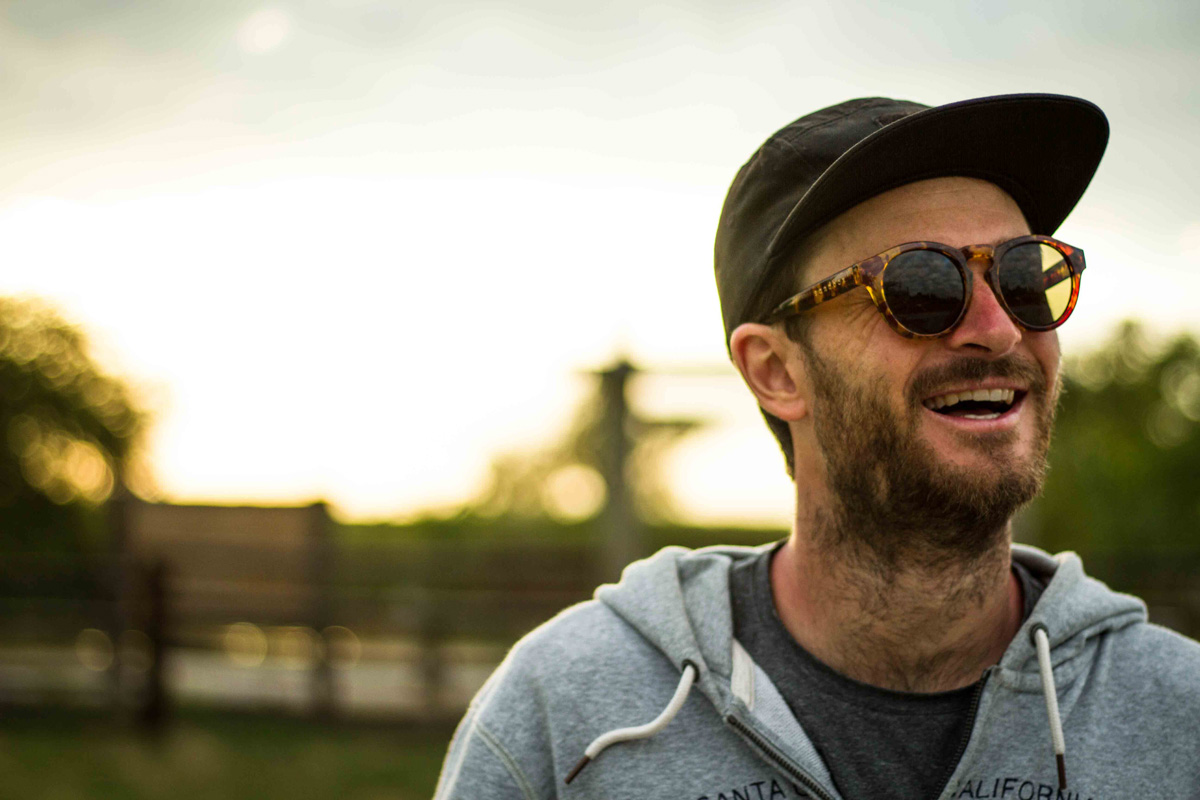 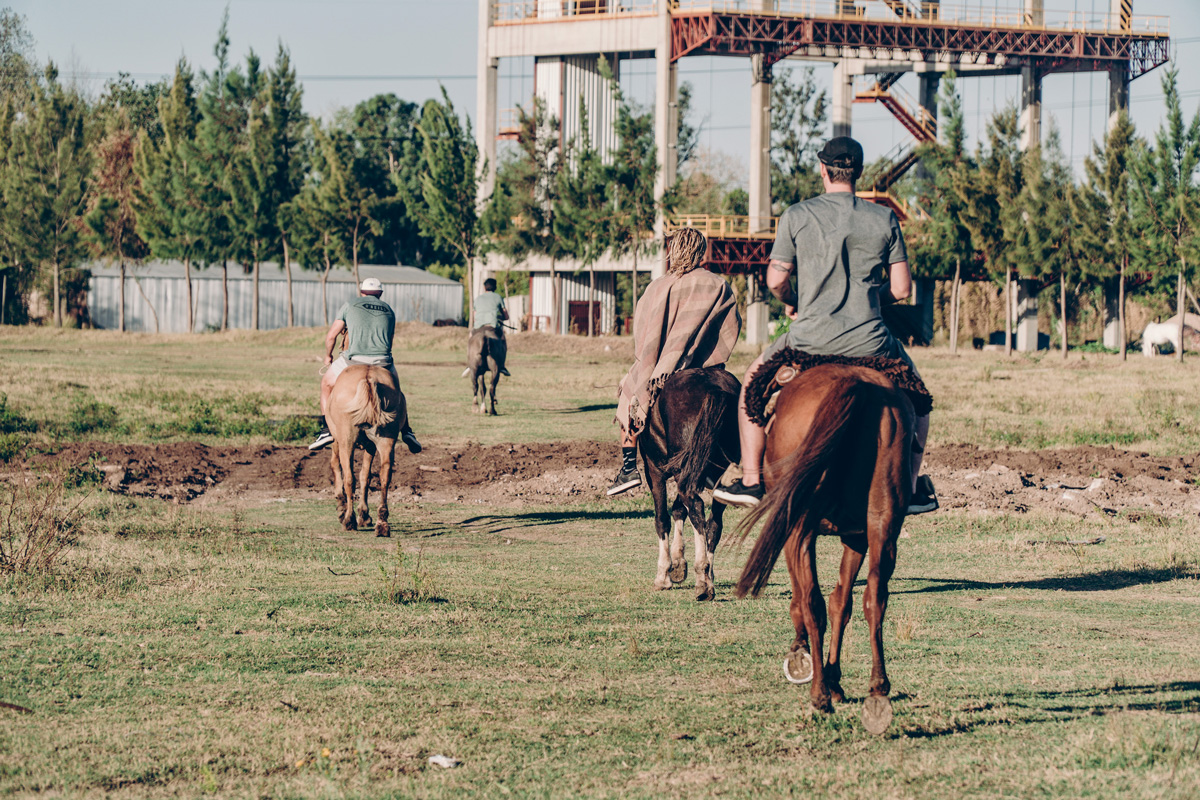 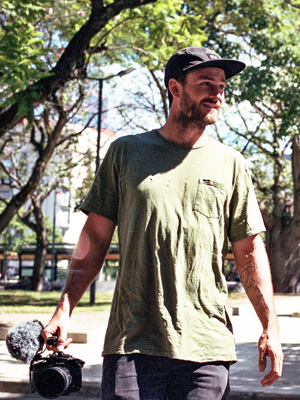 Steffen always got a hand on his camera

How did you end up choosing Argentina? It’s not the first country that comes to mind for wakeboarding.

Dylan wanted to go somewhere with a few good friends to wakeboard and film a video. That became Argentina because we wanted to do something special, to travel to a country where no one had really been for this kind of trip before. On Instagram we had already gotten an impression of the wake parks that are there and who’s doing what. So we thought, “let’s give it a try.”

So the video was on the to-do list from the start. Was the print story planned as well, or how did you approach that?

Nowadays it’s naturally the case for me that whenever I plan a cool trip to produce something, I also try to get that into as many different media as possible. At first it was about the video, but three seconds later I thought about the print story, and called Denny immediately. After that it was basically set, because it’s just a good collaboration for everyone.

“In the case of Argentina, I noticed quickly how on the one hand, the landscapes were really beautiful. On the other hand, the cities are huge and hectic. And then there’s some pretty gnarly wake parks. I collect all of these impressions.“ – Steffen Vollert

We’ve all seen the video. How do you approach a project like this, especially when you’re not sure what to expect? You didn’t know Argentina at all beforehand.

As soon as I’ve got the idea and picked a place to go, then immediately I’m interested in what it looks like. So I go to Google and look at pictures. In the case of Argentina, I noticed quickly how on the one hand, the landscapes were really beautiful. On the other hand, the cities are huge and hectic. And then there’s some pretty gnarly wake parks. I collect all of these impressions. Then comes the question of what I want to communicate. For one that’s the crew concept that we had, that we’re all photographers, filmers, drone pilots or just creative people. Then of course the theme of discovering something new, because we’d never been there before. That’s where the video title comes from. Out of these considerations, I get into the details of shots that I want to film, and how the whole edit is built. The idea for the video was down (in my notebook) before I flew there. 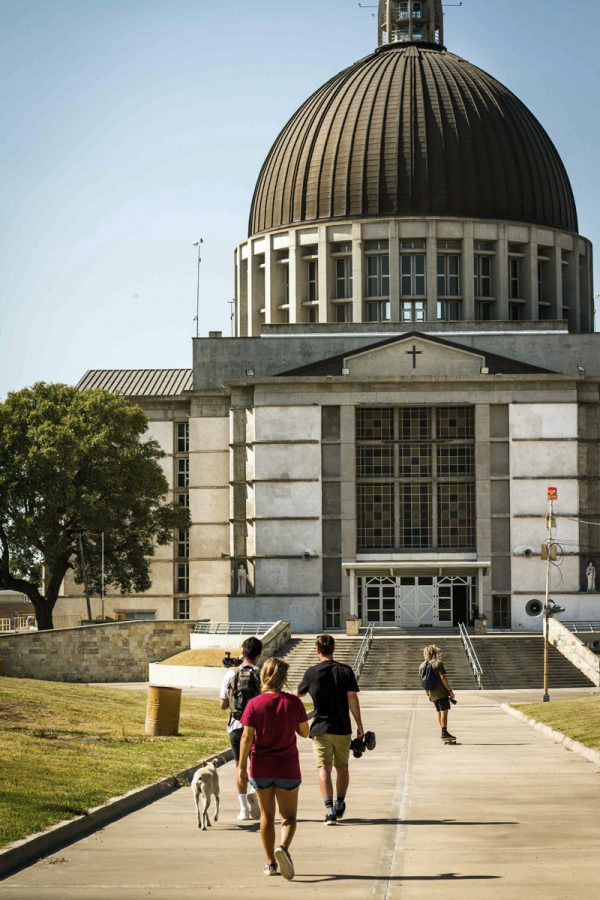 Experiencing a new country, was a key reason for visiting Argentina. 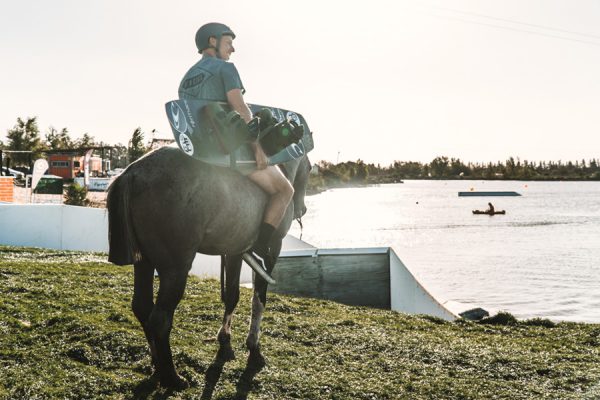 For Dylan maybe also the chance to take a horse to get to the wakepark.

In the short film – since it’s more than just a “clip” – you tell a real story. You don’t get that often in wakeboarding. You get the feeling that there was a real script with dialogue. Was that planned beforehand, or did that come about spontaneously?

A few things I’d already had planned. For example, the shots in the airport for a hectic intro, then our introduction with a mixture of voiceovers and quotes. Dylan was the narrator of the video, and so it was important to decide at which moments he should be speaking in the camera, and when only his voice should be heard. That was planned ahead in a kind of script. And then we just filmed everything that was cool, interesting or beautiful during the ten days we were there.

You’ve mentioned that you weren’t the sole filmer, that there were three other guys who knew how to handle a camera. Was that so that you also get some time to ride?

It was important to me that we all play the role of the wakeboarder as well as that of the filmer and photographer. We knew that we needed a lot of material and so it was essential to not be too stressed about it, because I also wanted to ride. Of course, it has to be someone I can trust. So I could give Antoine the drone and tell him to film a bit, and he took care of it. I could rely on the guys to do a good job and didn’t have to look over their shoulders the whole time. But that doesn’t mean…

…that you didn’t do it… (Steffen laughs)

…No. I mean, I directed. I ran the thing and said what we had to do. But it was really relaxed with the guys, because I could rely on them 100 percent. 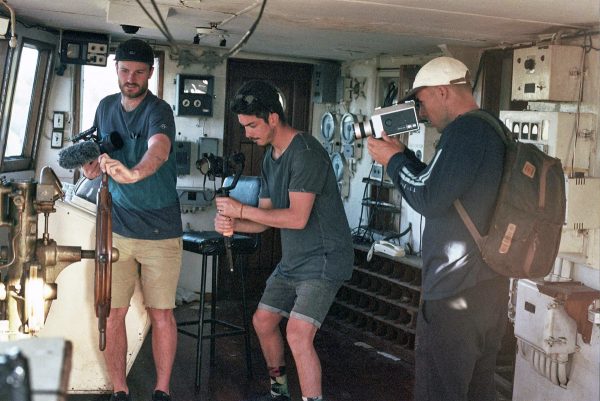 All four boys were riders as well as photographers or filmers during the trip. 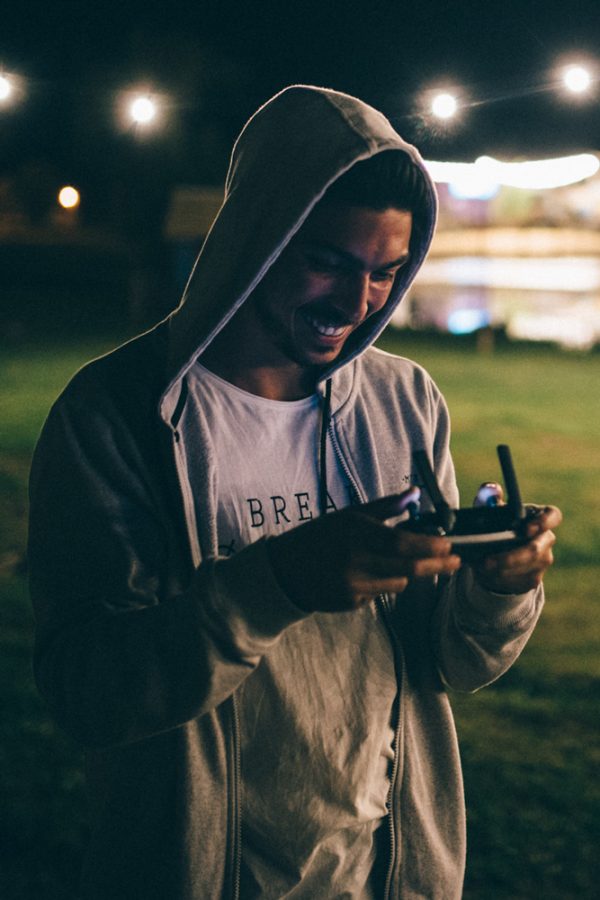 Antoine e.g. was the “drone-dude“ in Argentina.

It surely helped that you all know each other well. Did the title “Explora la Nuevo” fit for all of you?

Yes, Argentina was new for all of us. But I picked the title because it’s also something new for the viewers. Most of them have probably never heard anything about wakeboarding in Argentina before, and so no one knows that there’s a lot going on there.

“It should be clearly stated that some wake parks are at the same level as ours. And there are system parks that are better than what we have in Germany.“ – Steffen Vollert

That matches a quote from Alex quite well: “People don’t think that Argentina is at the forefront of wakeboarding, but they are actually quite on top of it.”

Yeah, when we pulled that quote out, I wasn’t quite sure at first what to do with it. Now, I interpret it such that he’s talking about the passion and engagement that the people there have for the sport. It should be clearly stated that some wake parks are at the same level as ours. And there are system parks that are better than what we have in Germany. Every park there has a bit of a Valdosta vibe. That’s really cool. 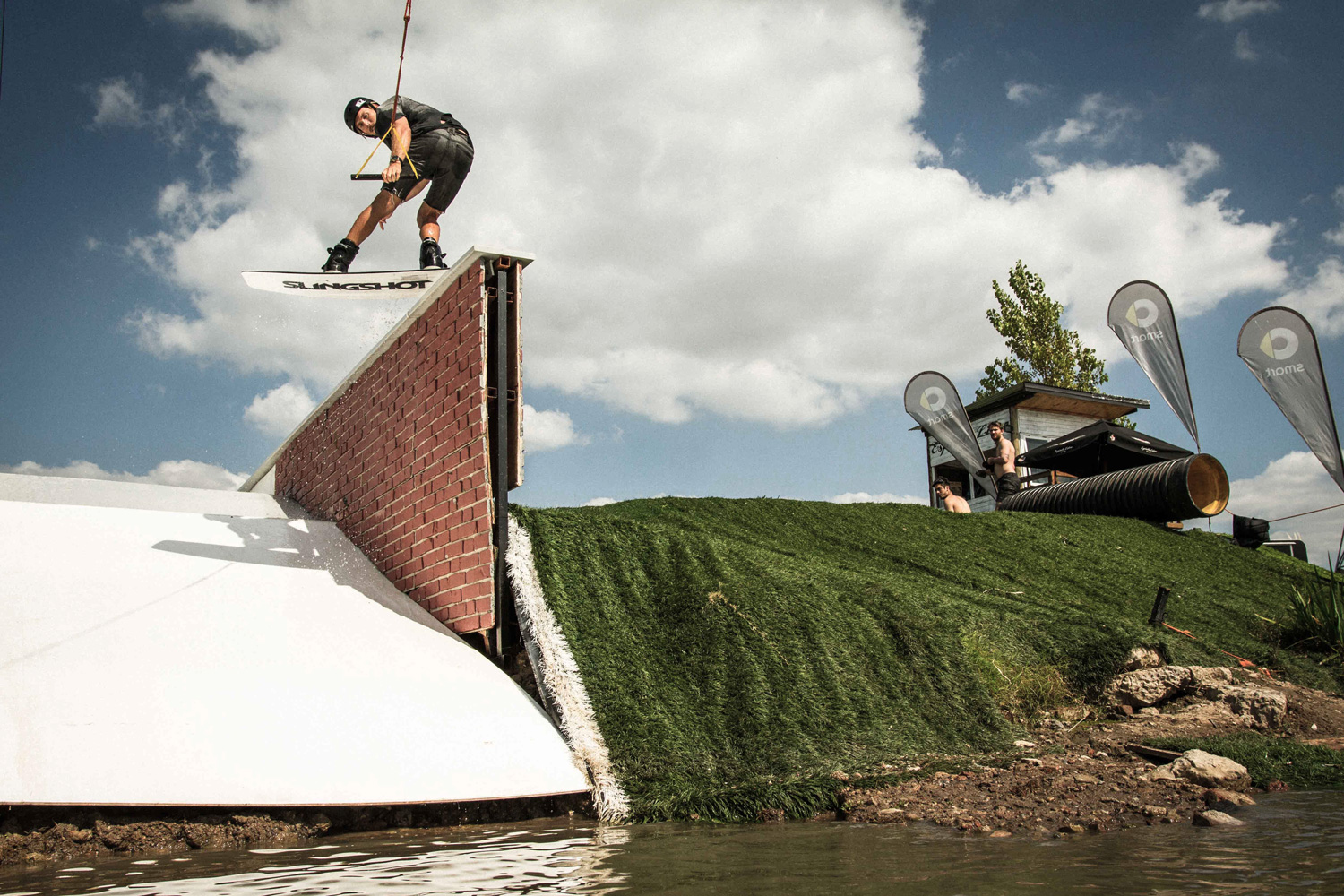 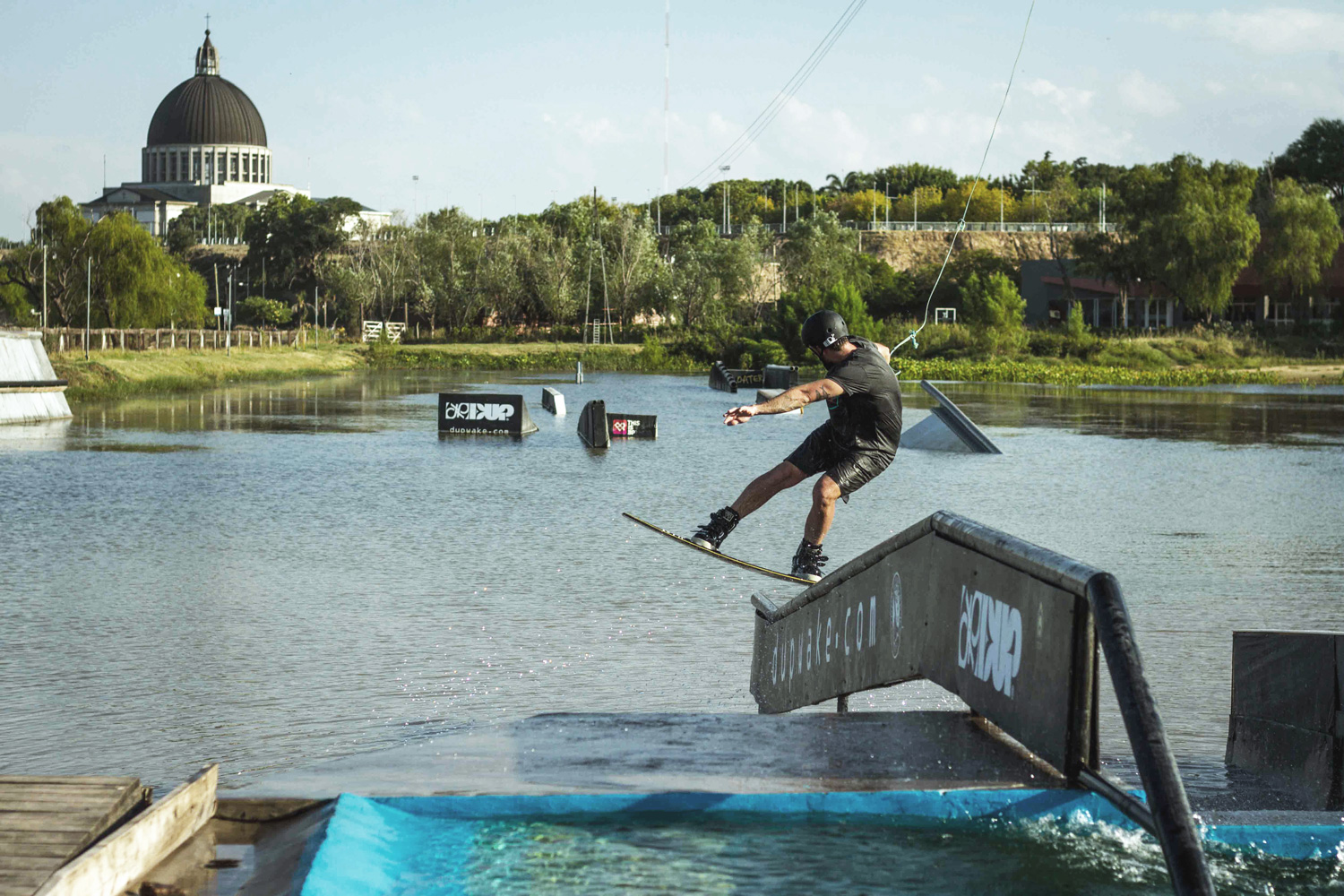 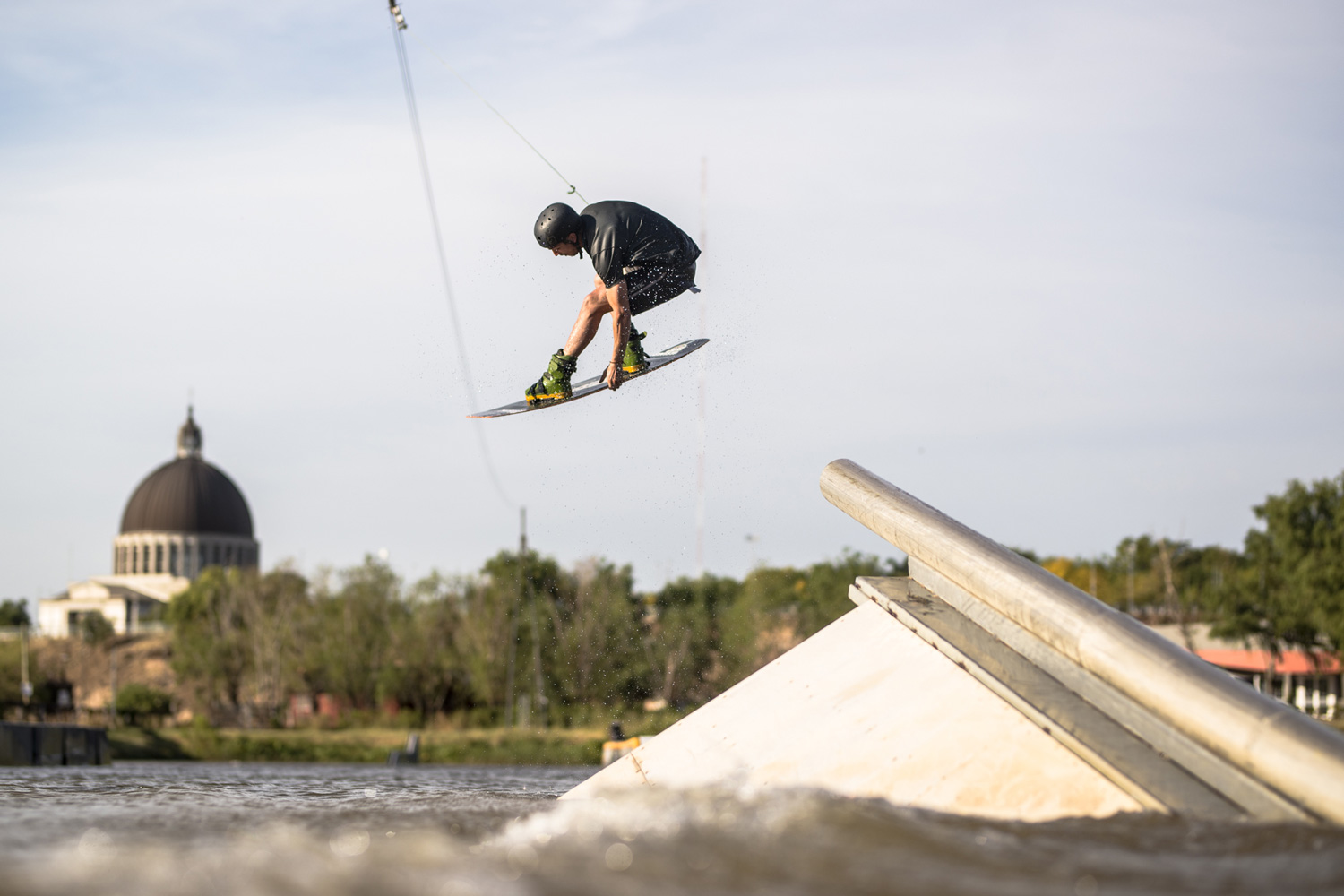 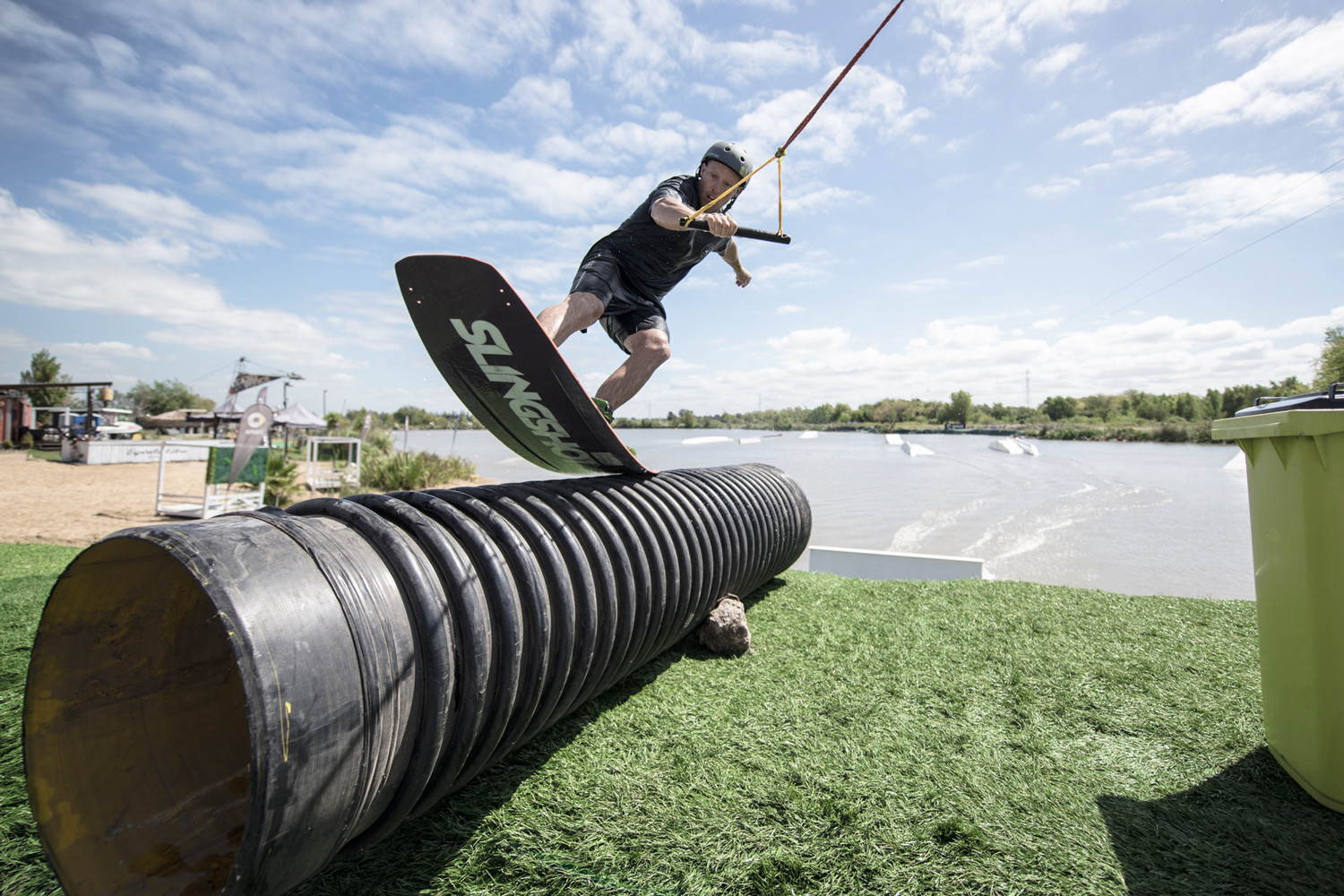 On to the final question: the bar’s been set high. Can we expect a full movie from you anytime soon? With the latest short film, you’ve shown where the journey could lead.

You mean, this here multiplied by three, and you’ve got a full-length movie? Honestly, no. That’s so incredibly time-intensive that I would have to leave everything for a year and just do that 100percent. I would rather create two projects like this in a year than a complete film. That stays with people longer, or doesn’t make any difference anymore.

Maybe there is a glimpse of hope left. Anyway. Thank you for your time Steffen, and all the best in your coming projects, and thanks also for your drive to give everything for the sport.

So here once again the short movie for all those who haven’t seen it yet or for those who want to see it again. Enjoy. 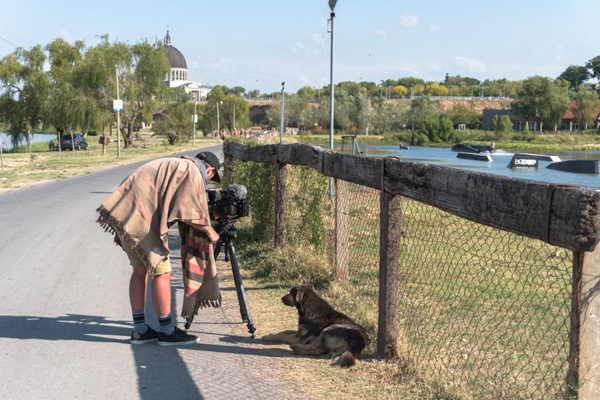 Steffen and his new mate filming.

A few more facts about the film: although Steffen sorted out quite a bit during the trip, there was still around 1.5 terabytes of footage remaining. All of that had to be reviewed, and then edited in ten days over a three-week period. All of that, just so that you and I can experience what wakeboarding in Argentina is all about.

All pictures used in this interview were taken by Dylan Miller, Alex Graydon & Steffen Vollert. Interview by Ben Wiedenhofer.