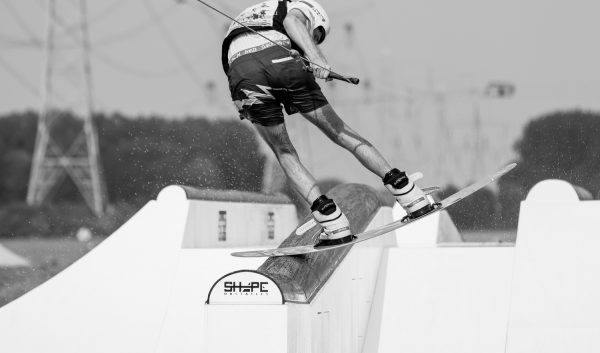 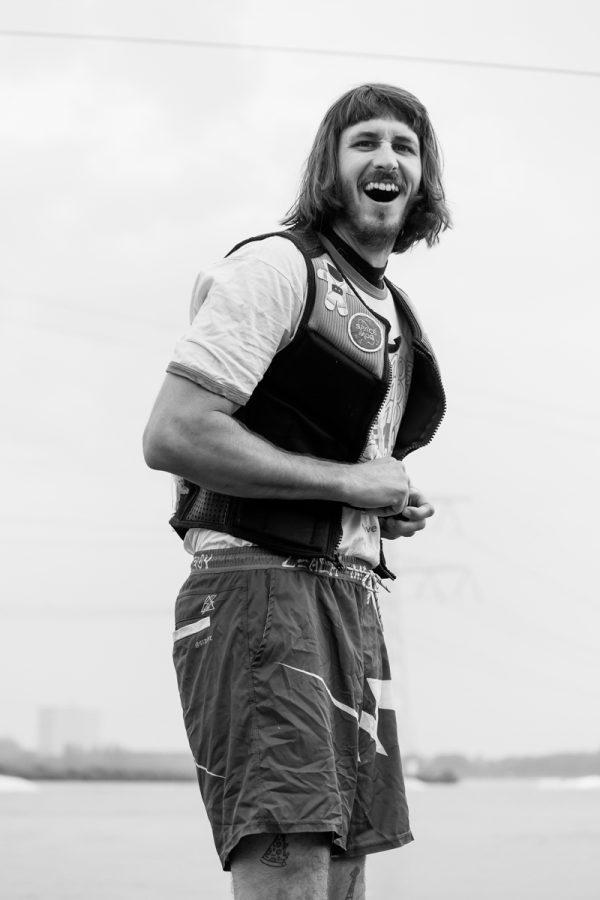 Wesley Mark Jacobsen just partnered up with Shape Obstacles. He is a really good addition to the team for the Austrian brand. Now it’s time to talk to Wes about his Space Mob Team Series Feature, the first halfpipe in wakeboarding.

If you want give creativity on the water a name, Wesley Mark Jacobsen would be one to choose. He got so much well deserved attention and shout outs for his very own style. Even though the US-boy is 1,91m (6.3 inches) tall – and with that, maybe the tallest pro-wakeboarder out there – he manages to make everything look so smooth. Mr. Space Mob is unique, that’s for sure!

Maybe that is why everyone is talking about him within the last years. We had an interview with him and his Space Mob Buddy Quinn Silvernale in issue 12, he was part of the Shape Story in no. 13 … so what’s up next? We already know. The next thing is his very own Team Series Feature, which he created with Shape Obstacles. There have been rumors about it and now we are pleased to present and have a short chat about it with Wes. After some month in Europe he just came back to his home at Valdosta Wake Compound.

Servus Wes. Everything alright? Are you already missing Germany? The wakeparks, the good beer and of course your girlfrind Sina?

Wes: Seeeervus. (laughing) Oh yeah. Especially my girl. But I really also miss Germany because I like it a lot. Your wakeparks are great, the beer as good. The weather is so nice. Over here it’s just f***in’ hot. I felt so good the whole summer in Europe, but now I came back to the US and I just fell sick the first day. Maybe because you always have to move from high temperatures outside, to rooms with air condition inside. That’s crazy. 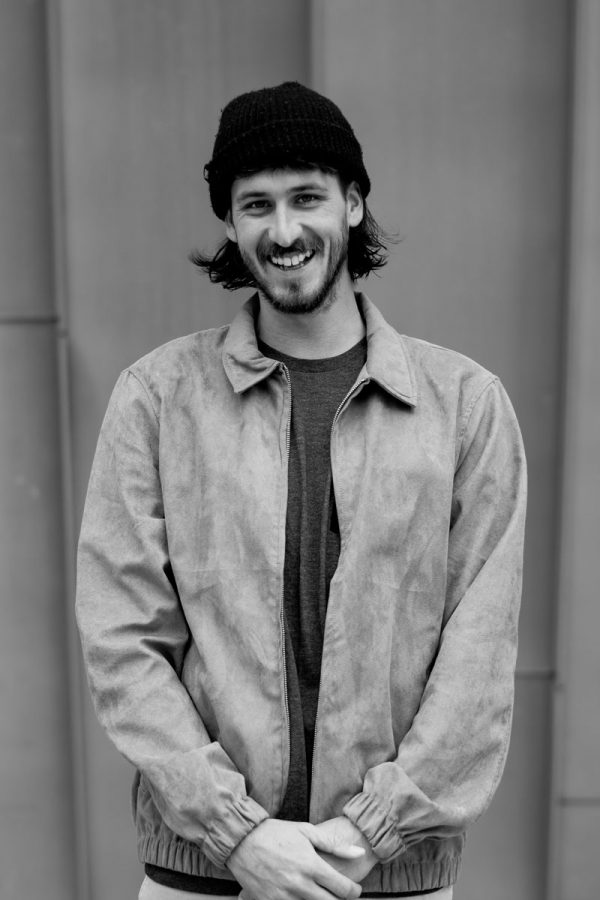 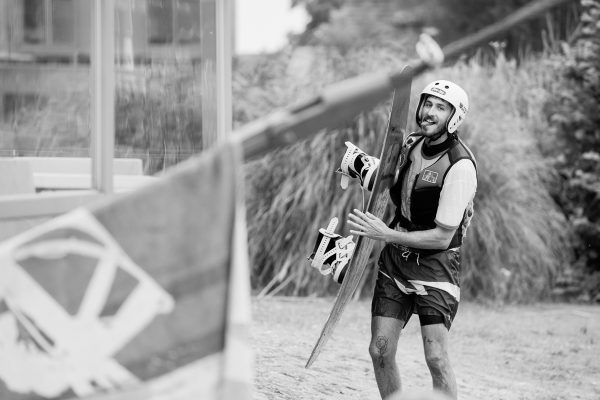 ... a funny guy and hell of a wakeboarder.

Shit. Get well soon. How about Shape? When did you get in contact and what was the process to create your Space Mob feature like?

Wes: I got in contact with Markus from Shape about a year ago now. Since then we have sent a lot of ideas from the US to Austria and back. I had an idea in my mind for years, but I knew I couldn’t build it on my own. I mean, I can built a lot, but not such a feature. So much plastic, welding and stuff. That’s why I’m really happy to work with Shape on it and can’t wait to show it now and of course, ride it for the first time, because it’s gonna be something completely new.

Oh yeah. Dom Hernley and you already made us so curious about it. The renderings are even promoting that hype because it looks so crazy. What’s so special about your feature?

Wes: In the first way it’s set up, it might not be completely revolutionary. I think it would be just a super fun feature to have, with the banana-rails, the double whoop hallway, those transitions on all sides, which together give you so much options. You can go for rail to rail tricks as well as for banana slides and so much more there. It’s like a super creative and playfull feature, but also not so dangerous, because of the tranies, no sharp corners or anything else. But then, the second way you set it up, it’s a f***in’ mini ramp. So it’s wakeboardings first halfpipe. I feel like it’s been kind of talked about, but never really done. It’s gonna be interesting, to see what new possibilities come with it. 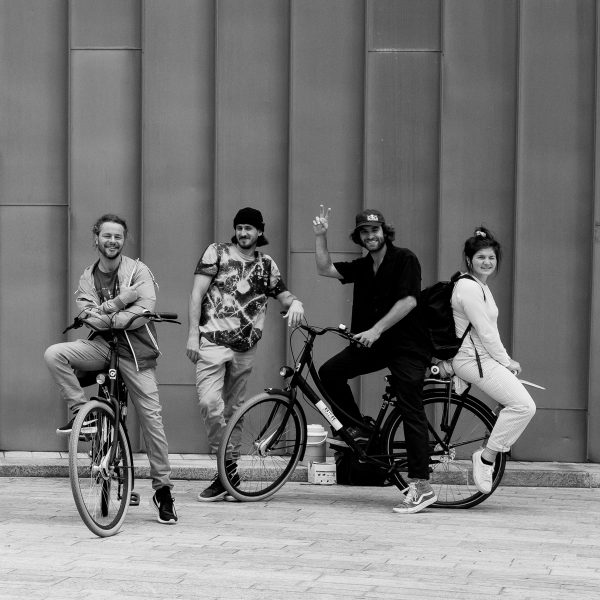 Wes with Markus from Shape, his team buddy Dom Hernler and his girlfriend Sina Fuchs

“I had an idea in my mind for years, but I knew I couldn’t build it on my own. So much plastic, welding and stuff. That’s why I’m really happy to work with Shape on it and can’t wait to show it now and of course, ride it for the first time, because it’s gonna be something completely new.” – Wesley Mark Jacobsen

Oh yeah. The mini ramp is the highlight.

Wes: For sure. The cool thing ist, that you gonna have rails on the left as well as on the right side and additionally a kind of butter box in the middle. Even beginners are able to cruise through and then try to step it up and go up the transition. It’ll be super fun. I’m extremely hyped to try it, because something like that has never been built before. And you still have the other option or you can split it up into up to six single features which all would be fun. With it’s 30 meters (33 yards) length, 6,5 meters (7.1 yards) width and 1,6 meters (1.75 yards) height this thing is huuuge. (laughing) I’m sure it’ll be so cool to ride and you always got a safety option of it.

Wow. That sounds so good. So now you can start making this beauty wanted by some park owners, so it’s in place at some wakeparks soonish. Good luck for this mission and thanks for your time.

Wes: Appreciate that. I’m really looking forward and thank you for the interview. See ya in Germany.

For all those who now want to see, what we were talking about: check out the renderings. Shredding a halfpipe with your wakeboard will now be possible. Let’s see how it works and what we get to see on it. 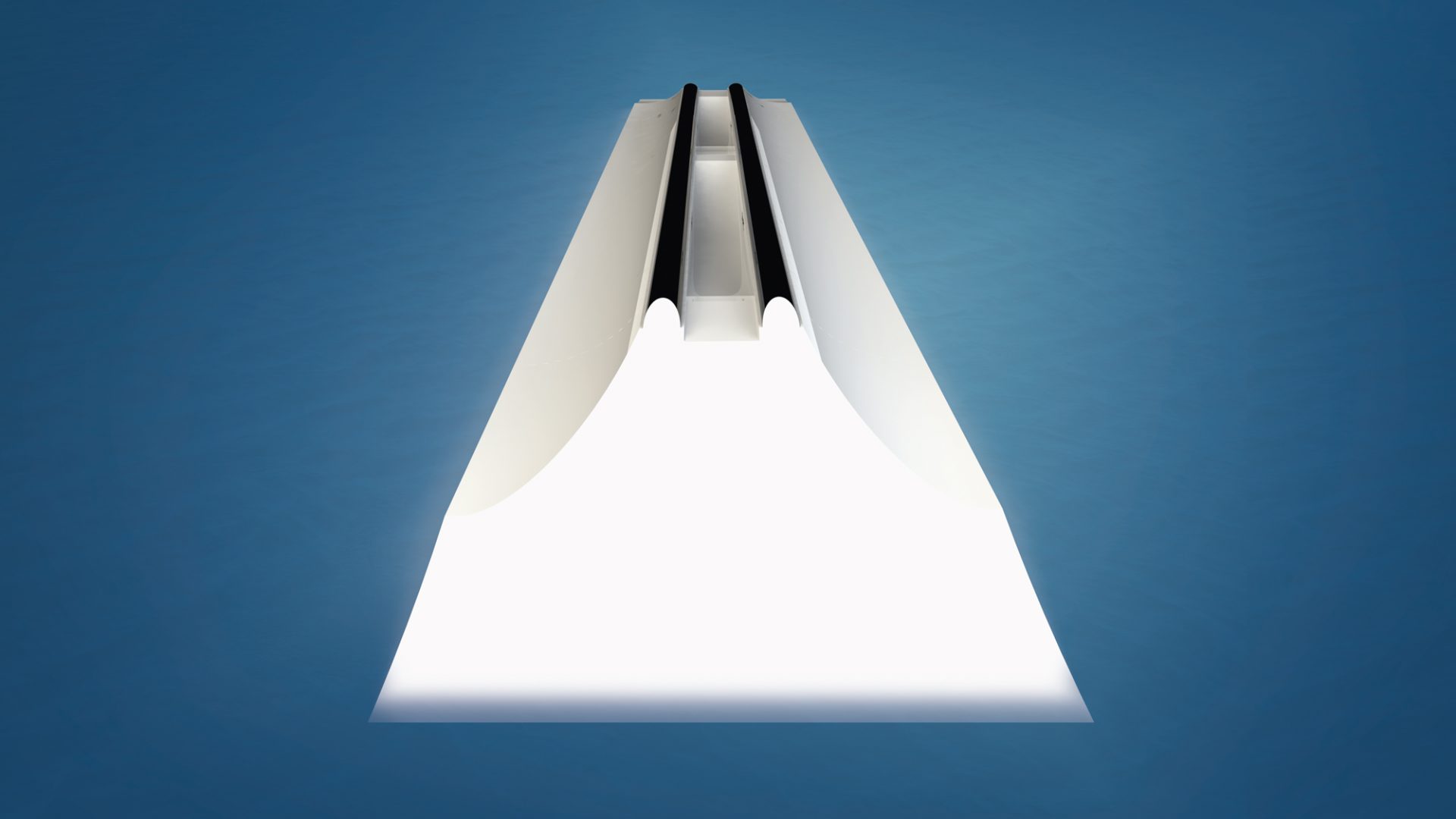 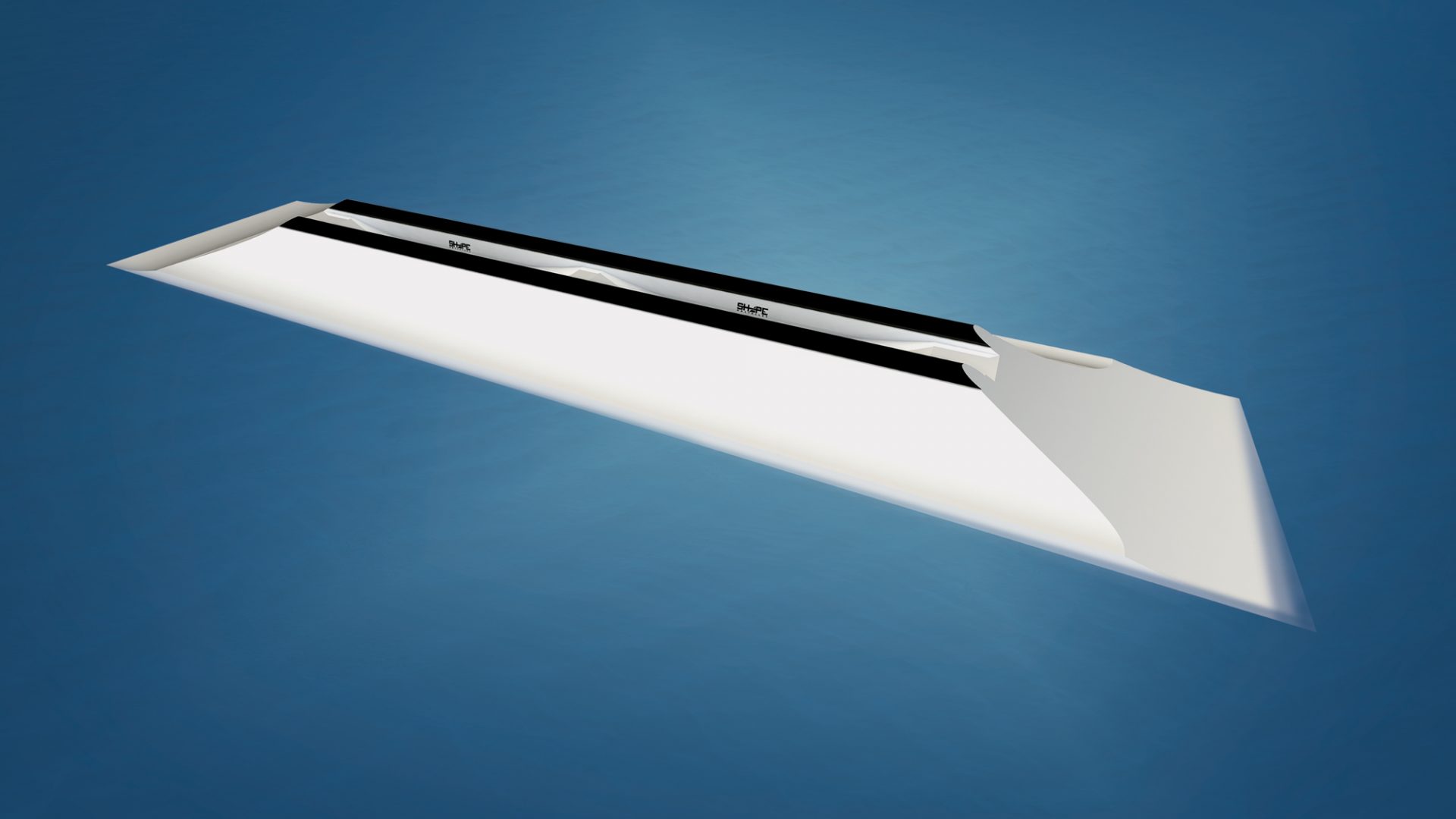 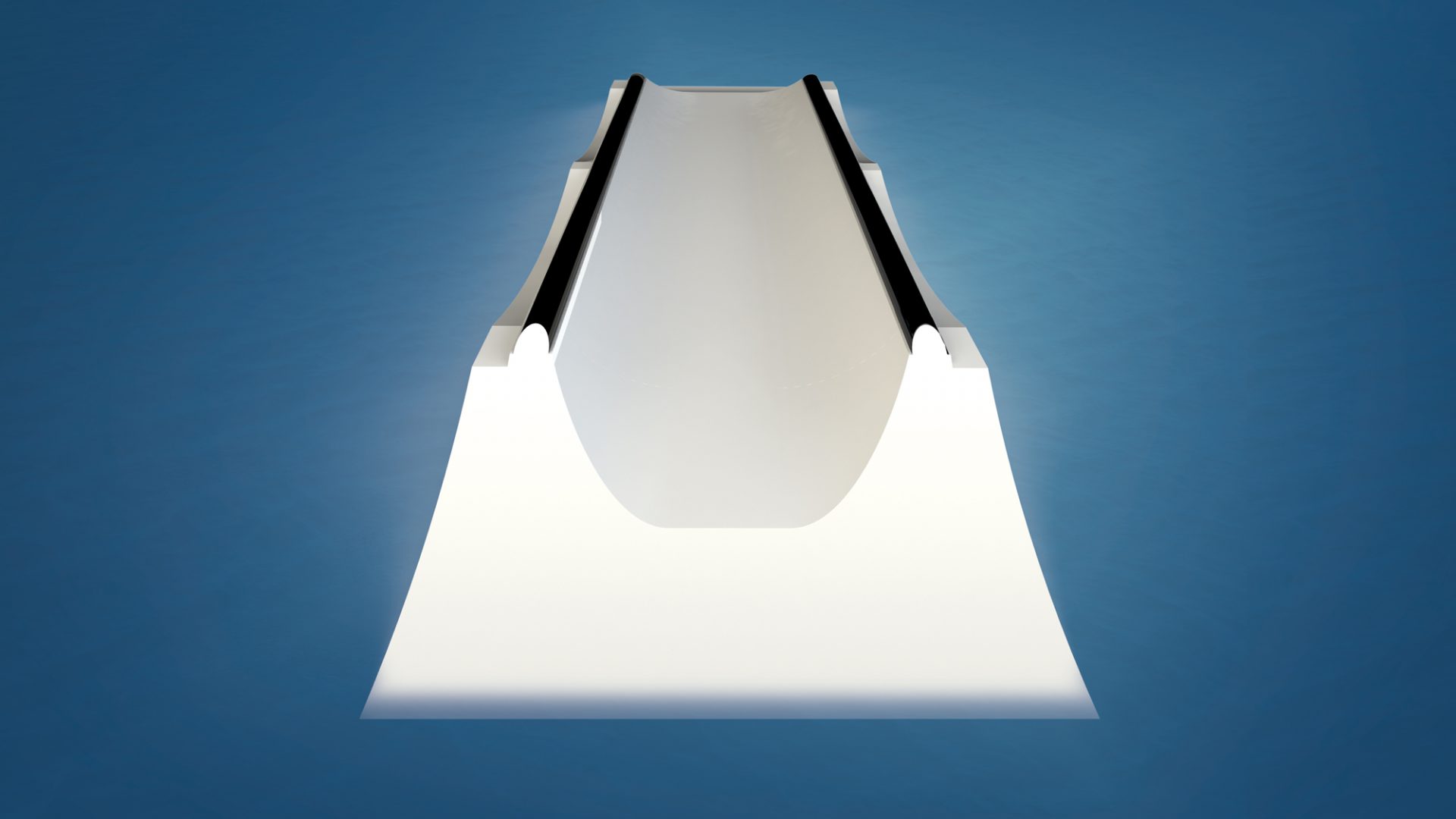 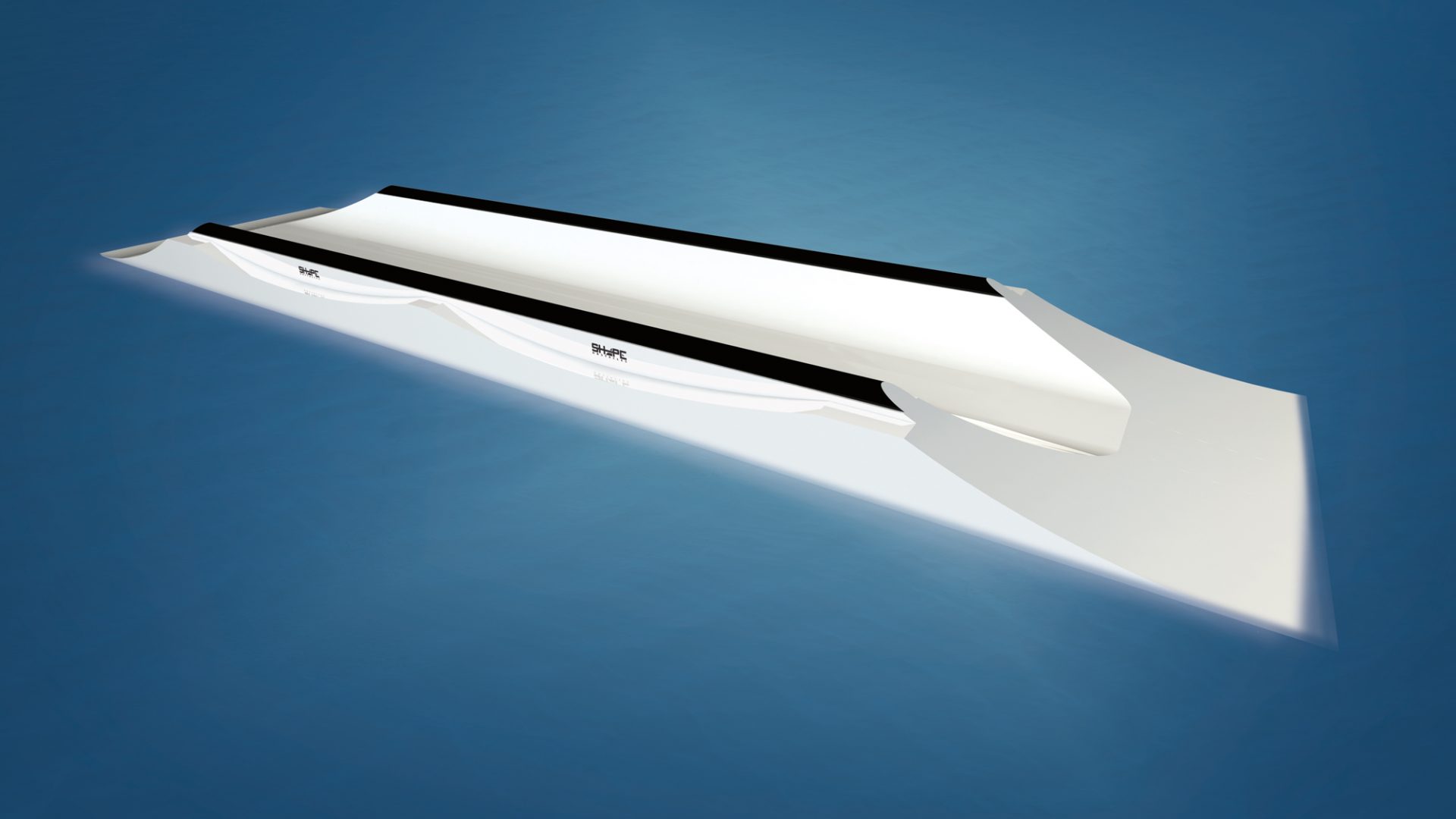 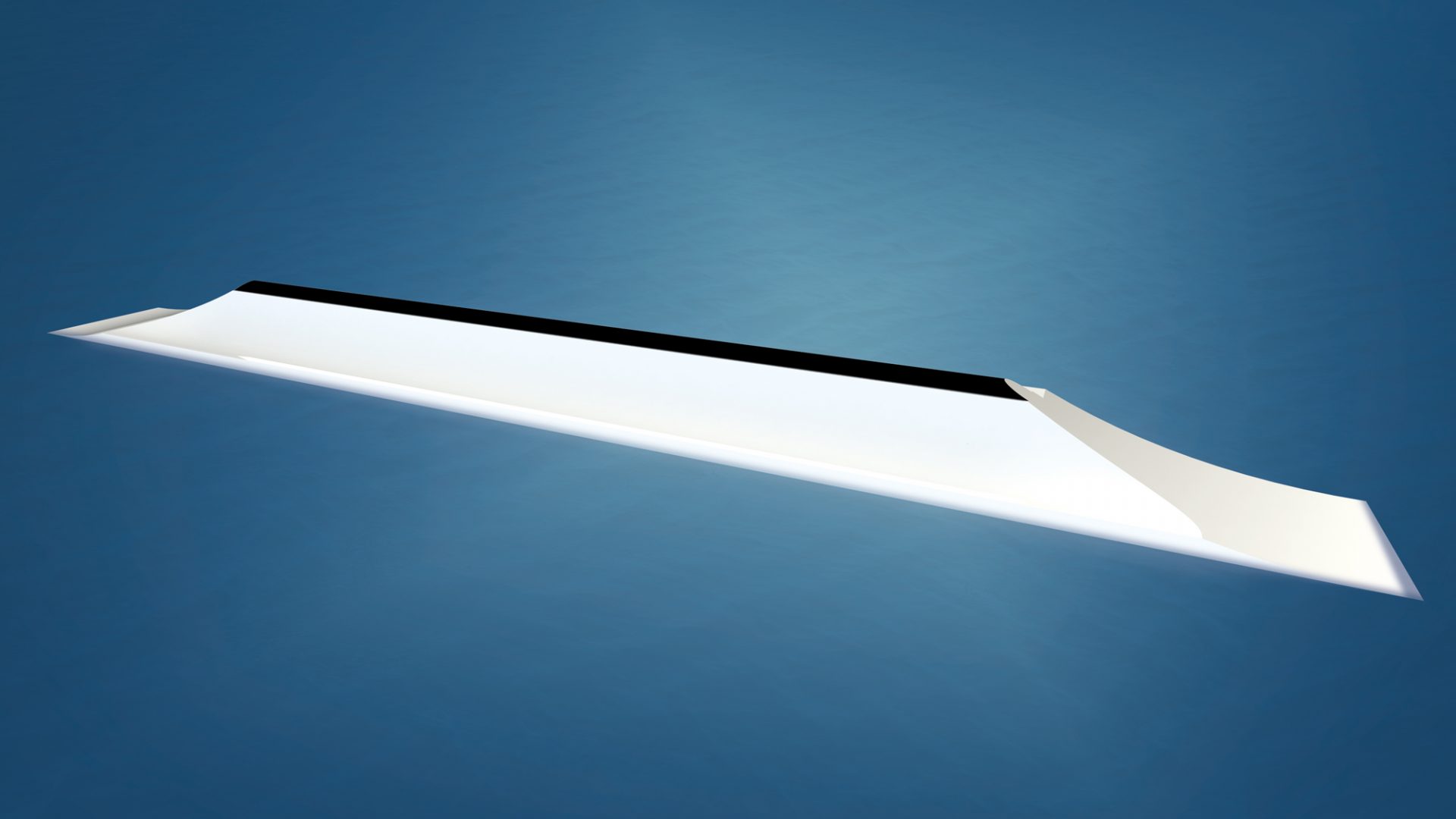 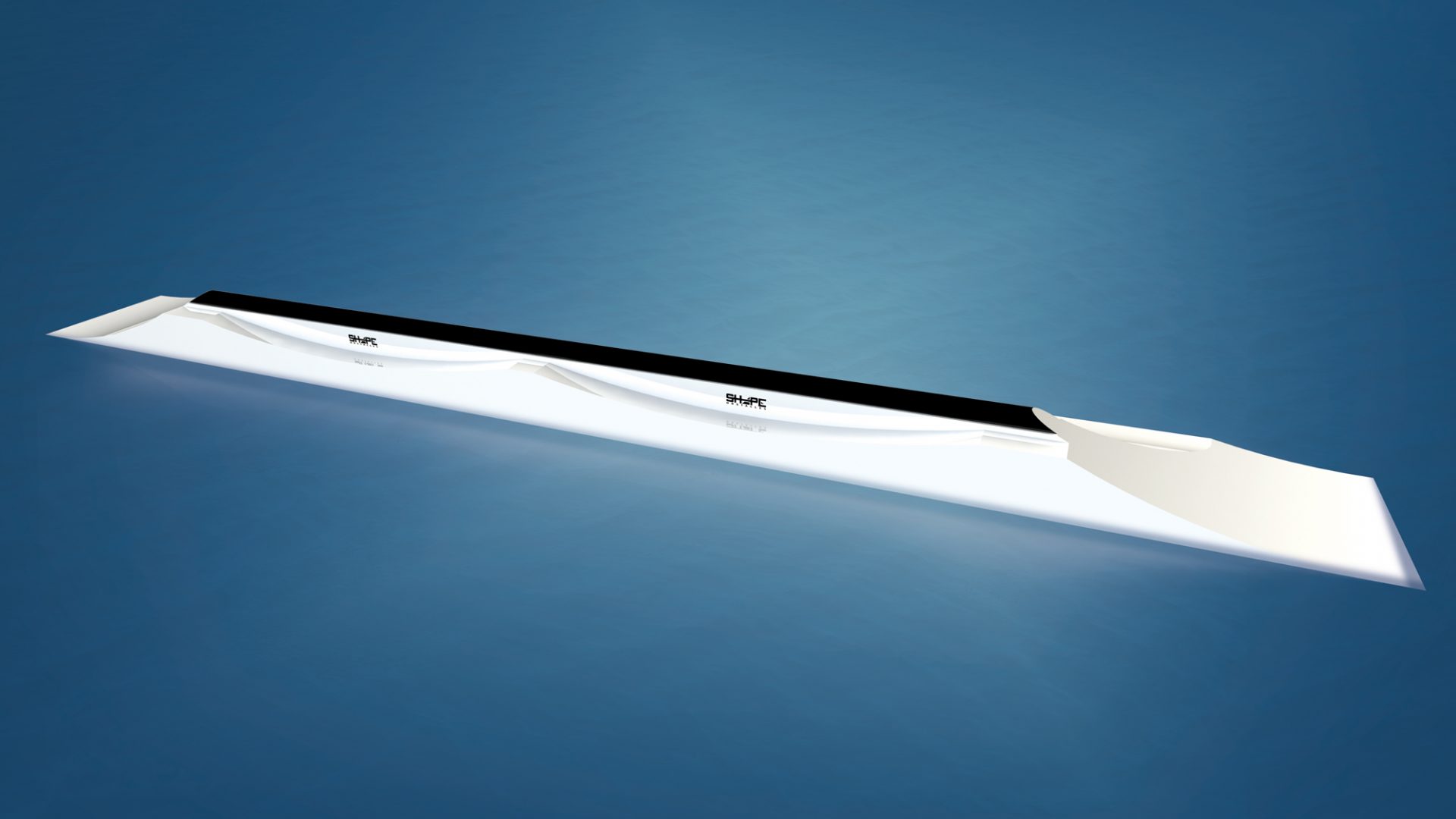 Wes started wakeboarding in college eleven years ago. His international breakthrough might have been the “Buttery Bisquits” clip in 2016. Since then he’s been known worldwide and everyone is buttering like Wes does all over the planet. For all those who don’t remember the video: check it out here. So smooth.

Could be, that Wes now get’s those “woooows” for his first Space Mob feature. And we might see him in Germany again, as he likes being around and his girl lives over here. Let’s see where Shape will deliver this feature first and which option will be chosen as the favorite one. There are a bunch of possibilities which come with it. Another question would be, if the park owners or park crews are willing to switch it from time to time in order to use it’s full potential? Let’s hope for it.

Like to read more interviews? Check out Jules Charraud talking about his cooperation with Shape. 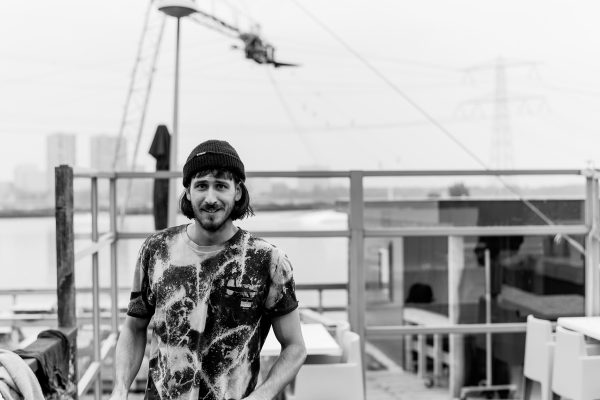